from my sketch book

My team at the last 1 week game jam brainstormed the idea on an action game... Well, the theme was "28". We just thought that the goal is at the tall mountain like 2800mm:0

I drew some character ideas... Just drew some sketches. We also began developing the idea of the player changing into cute cosplay hats based on their current power.

On the second day, the main coder for the project proposed “How about the play inhaling enemies like a Kerby?" So, here we go. Let's make it cuter than Kirby! And so our journey began. 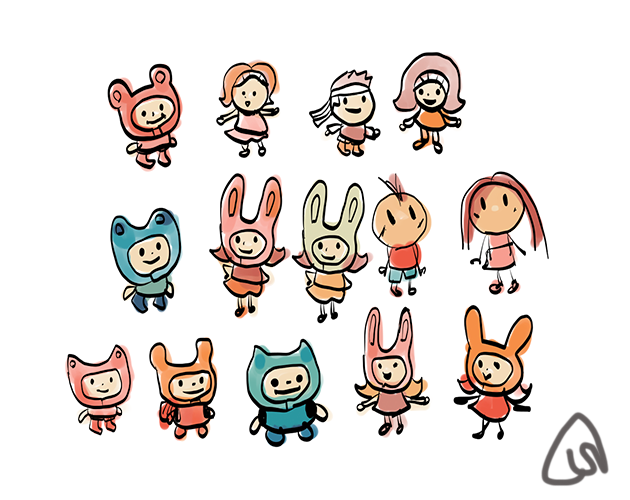 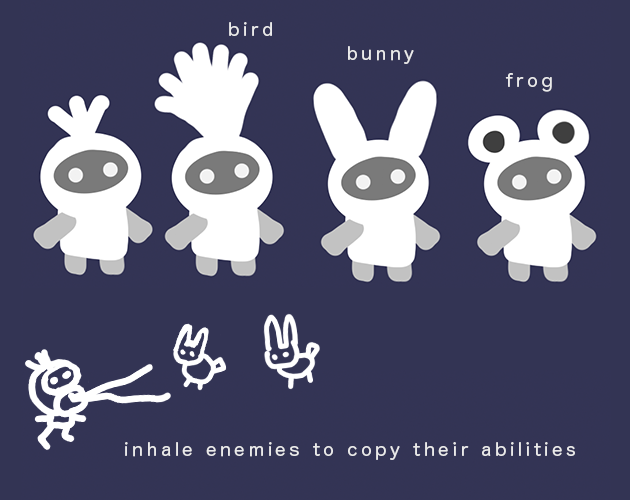